the practice of diagnosis, treatment, and prevention of dis-ease

spell, charm, or fetish believed to have healing, protective, or other power

musical instruments played by striking with hand, stick or beater, or by shaking, including drums, cymbals, xylophones, gongs, bells, rattles

the striking of one solid object with or against another

wind producing a clattering percussion of tree branch against stone

WOMEN BLEED WITH REGULARITY, IN PREDICTABLE RHYTHM WITH THE MOON

play on a drum
NOUN

a percussion instrument sounded by being struck with sticks or hands, typically cylindrical, barrel-shaped, or bowl-shaped with a taut membrane over one or both ends

something resembling or likened to a drum in shape, in particular

WOMEN GATHERED IN A DRUM, TO DRUM

we drum . we become drum

closed heart opening with each beat of drum
pounding of heart opening chakra after chakra
reopened channels funneling divine nourishment
body and spirit align
we dine on sound
dancing around the cherished goddess, embodied in teacher
we again become the goddess

we sing . we become song

closed heart opening with each beat of drum
pounding through sorrow 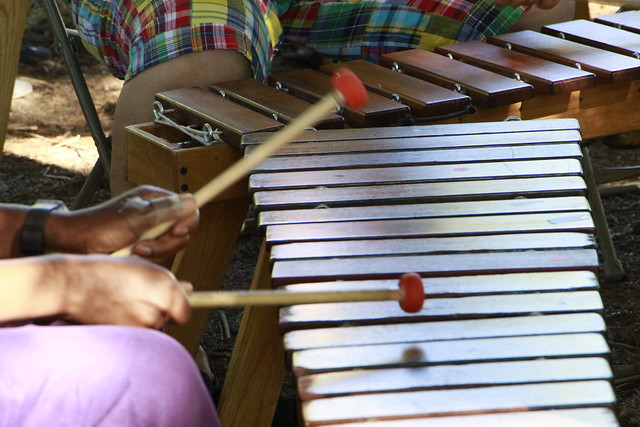